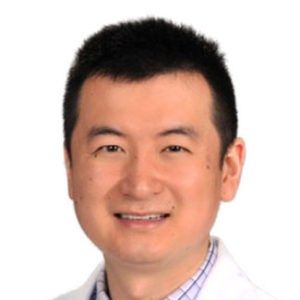 Practicing in Framingham and Dedham

Prior to joining GBU, Dr. Liu was a staff urologist with Framingham Union Hospital, Leonard Morse Hospital in Natick, and Tufts Medical Center in Boston. He has been published in a variety of peer-reviewed journals, including Urology, Canadian Journal of Urology, Journal of the Society of Laparoendoscopic Surgeons, and Journal of Endourology.

Dr. Liu has given invited lectures on the topics “Understanding the Controversy Regarding PSA Screening for Prostate Cancer” and “Contemporary Management of Small Renal Masses” at MetroWest Medical Center.

Dr. Liu is fluent in Mandarin Chinese. In his spare time, he enjoys sports, traveling, and spending time with his family.

Dr. Liu has been featured on our blog:

“Dr. Liu is an excellent doctor and surgeon. Really knows his stuff and is honest about what needs to be done and the best course of action to take. Spent the time to listen to me and to explain everything to me in person, then went the extra mile to explain everything again to my daughter on the phone because she is out of state. Would highly recommend him to anyone looking for a smart and honest surgeon.”